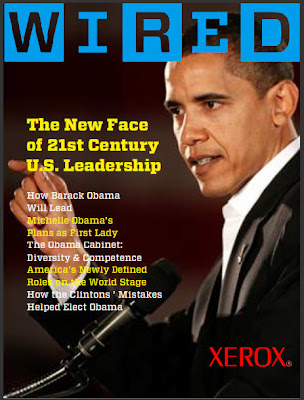 I'm sure as time goes on there are going to be a lot of articles, books, blogs etc. written about how Barack Obama won the election.

Today, Fred Jacobs had an insightful post titled "Taking It Personal" about how the Obama campaign embraced personality and warmth combined with digital technology including email and text messages to intimately reach out to his supporters.

If you were an email or text subscriber to the Obama campaign you periodically received personal messages from Barack Obama and other members of the campaign keeping you up-to-date. 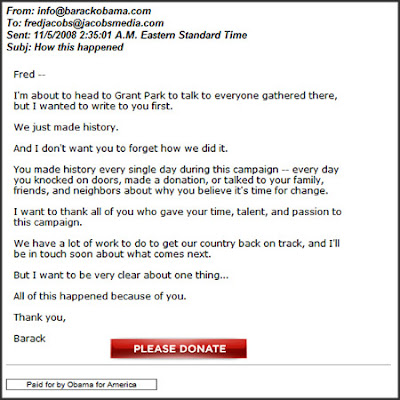 I also read an article today in this weeks Ad Age by renowned marketing expert and author Al Reis detailing how Barack Obama and his campaign out positioned all of his opponents in this years election.

"Nov. 4, 2008, will go down in history as the biggest day ever in the history of marketing. Take a relatively unknown man. Younger than all of his opponents. Black. With a bad-sounding name. Consider his first opponent: the best-known woman in America, connected to one of the most successful politicians in history. Then consider his second opponent: a well-known war hero with a long, distinguished record as a U.S. senator. It didn't matter. Barack Obama had a better marketing strategy than either of them". 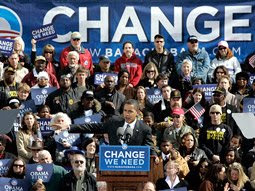 
Reis identifys key factors that he felt led to the marketing victory.

1. Develop the ultimate slogan and stick with it.
2. Simplicity - Keep it simple. Obama Chose "Change"
3. Consistency - Tell the voters over and over again what you are about. In Obama's case, "Change"
4. Relevance

Obama's strategists and advisers would make great consultants for radio stations. They get it! They have taken basic customer service principals along with a strategic positioning statement, then integrated them into a viral, interactive marketing campaign. You know what the results are. Broadcasters, advertisers and marketers can learn from Obama's victory.
Posted by Michael Mallace at 9:03 PM