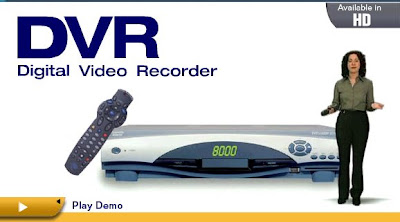 I'm a gadget guy. In my opinion one of the greatest inventions of our time is the Digital Video Recorder (DVR). We had to add a second one in our house because the girls would use the one in the living room and there was never enough space for Fran or I to record/watch our shows. Then for Valentines Day a couple of years ago Fran got me my own DVR for the bedroom so I could record my shows. Fran is so romantic!

This device is the best! The DVR allows us to watch what we want to. With our schedule, we never have the time to watch the television shows we enjoy when they originally air. We always "DVR" them. Then when we want, we play them back at our convenience. Simple, right? 99% of the time it is unless you are a pack rat like I am and forget to erase the shows that you have already watched. In fairness, there is a feature on the DVR that allows you to automatically erase shows, but I don't use it.

Enter my crisis. Boston Legal is one of my favorite shows on television. It is permanently programmed into the DVR to record every week. This past week, I started watching it on the DVR and it stopped sixteen minutes into the show. I was in a panic! How could this be? This has never happened before. I pressed all the buttons and see all the messages on the screen, then realize that I had run out of memory. A DVR stores everything on a giant hard drive (like a computer) and unfortunately, mine was full.

I then go through and erase everything that I don't think I will watch again and free up seventy-five percent of the hard drive in an effort to avert another disaster.

Problem solved? Not exactly. I was going through Boston Legal withdraw. In light of everything that has been going on in the world around us this was going to be my hour to escape, I felt deprived and had a bit of anxiety.

A couple of days later, I was talking about this with Fran and the girls. Sydney my youngest daughter, who I have mentioned before is our personal "IT" specialist, suggested that I go on line to ABC.com and watch the show over the internet. Good suggestion. I went on online and sure enough it was there.

Thank goodness, we have COX high speed broadband! I was sitting in my home office watching it on my thirteen-inch Macbook book over the internet without it buffering once. At last, I was getting my weekly fix of Boston Legal and escaping for an hour. Now, this is not as good as laying in bed and watching it on my big screen HDTV (although, It sure is a great alternative).

Crisis averted!
Posted by Michael Mallace at 9:45 AM