A Lesson In Brand Loyalty Up In The Air 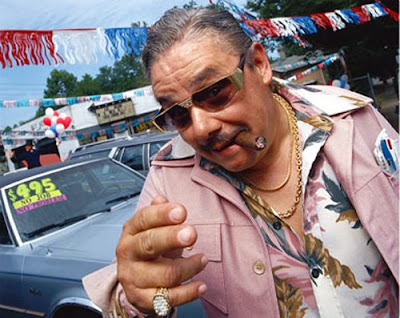 I was in New York the beginning of the week visiting our national rep firm and clients. I had good meetings and it was a successful trip.

This was also the first time I had flown on US Air since they started charging for soft drinks and water. Boy, was this the topic of conversation on the plane, that along with the charges for checked baggage. The consensus from fellow passengers was that it stinks to have to pay for drinks and checked bags.

Personally, I would rather pay a few extra dollars up front and have the cost of a soft drink built into my ticket. As a business traveler who usually has to pay a premium for my ticket, I don't like being fleeced at forty thousand feet. I just feel violated, having to reach into my pocket when they ask me for two bucks for a can of Diet Coke, this after I just paid $400 for a airplane ticket. Call me crazy, it just bothers me. If they are going to charge on the plane, I think that they should comp their Elite travelers a free soft drink or water. Don't stick it to your best customers.

It will come as no surprise to you that I was talking about this at work the other day. Our Program Director, Beau Duran shared the following story with me. I asked him If I could put it on the blog. This is what Beau had to say.......

"On a recent flight from to we were delayed leaving Midway because of storms in the area. We sat on the tarmac at Midway for over an hour before we were finally able to take off. Upon landing in , we learned there had been a huge storm here knocking out power to the airport for a little bit. The power outage caused a domino effect that left all of the gates full in the terminal, thus we had nowhere to deplane. We sat on the runway at for over an hour and a half waiting to get off the plane before we could finally get into a gate. We finally got off the plane after 2:30, more than 3 hours later than we should have.

To the best of my knowledge nobody on our plane seemed to upset. I think most people have come to think things like that are just part of traveling nowadays, at least that was the mindset I was in. Neither I nor the person I was traveling with made any sort of stink with airline employees. We just shrugged our shoulders and went about our business.

About a week later, I received a note in the mail from Southwest apologizing for the hassle and offering me a flight credit on a future flight. I thought it was a nice gesture and expected a 50 dollar credit or so. I was shocked to open it up and see a 200 dollar credit, more than enough for a roundtrip flight to anywhere on the West Coast. To say the least I was very pleasantly surprised.

When compared to the recent increase in fees from airlines for checked bags, pillows and blankets and even soda and water on US Airways, it is no wonder why Southwest is handily doing better than its competitors. That one move certainly gained my loyalty for a long time to come".

Posted by Michael Mallace at 7:34 PM