Do The Right Thing, Get High Marks 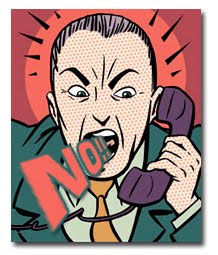 I have always believed that customer service is number one when dealing with consumers. At the radio stations we bend over backwards to do the right thing for our clients. When they have an issue, we do everything in our power to address it head on, make it right for them and then try to go above and beyond. It is the old adage of making lemonade out of lemons.

We are a small organization and don’t have the resources to employ a complex customer satisfaction program. Although, I do believe that we have a fairly decent pulse on what our customers think and we try to be proactive in ensuring that we are doing the best that we can.

I mention all of this because I am beginning to wonder how valid these costumer service surveys really are.

While in college, I cut my teeth in radio doing music and audience research, I went on to become the research director of a radio station, I worked for a radio programming consulting company and traveled the nation conducting focus groups and designed and analyzed customer service studies, I also worked for a national research company doing research for Fortune 500 companies. One of the major tenants that I learned and reinforced with clients was that you had to take great care in making sure that you do not bias the survey, because if you did, it would invalidate the research and prove it worthless.

A couple of weeks ago the AC went out on my Honda. I took it to the local Honda dealer and had a less than pleasant experience. The day after I my car was repaired I received a telephone call from Honda (the manufacturer) requesting that I participate in a customer satisfaction survey. I agreed and answered the questions honestly.

The very next morning I received a phone call from the service writer at the Honda dealership asking me why I gave him and the dealership poor marks. I was honest with him and told him why. He tried to justify his position and told me that the issues that I had were with the dealer and the manufacturer and not him and that he was just following the rules.

He continued and inquired if during the survey Honda asked me to participate in a follow-up survey. I said they did. He then went into this long diatribe about how he gets evaluated and compensated based on the results of these surveys. He asked me to give him high marks; he told me he would rotate my tires and give me an oil change for free in exchange for my good words. I told him that would not be necessary and that I would answer the questions honestly if and when I took the survey.

Fast forward to yesterday. I called Sprint regarding some questions I had about my BlackBerry. I was on the phone with them for more than twenty minutes and as it turns out they gave me the wrong information. At the end of the call the customer service representative was sure to ask; “Is there any reason why I would not be able to give her high marks if I was contacted by Sprint for a survey”. Once again, I told her that I would answer the survey honestly.

In both cases, with Honda and Sprint I did get the surveys via email and I did what I said I would do. I answered them honestly!

Here is my question? Does everyone answer the surveys honestly when prompted, bribed and cajoled to ignore the facts and just give good marks? I don’t think so. While the customer service reps might get their bonuses for high marks, they are really doing their employers and customers a disservice. They are masking issues and biasing the studies.

Sprint and Honda actually think that they are doing a great job taking care of customers, but in reality, there are issues that need to be addressed. Are these surveys a farce and a waste of millions of dollars? Maybe, maybe not, you be the judge!

I have a simple philosophy. Just do the right thing and the surveys will come back strong!

Oh… by the way. The AC blows cold air again!
Posted by Michael Mallace at 8:31 PM