Why Radio Advertising Works For The Auto Industry 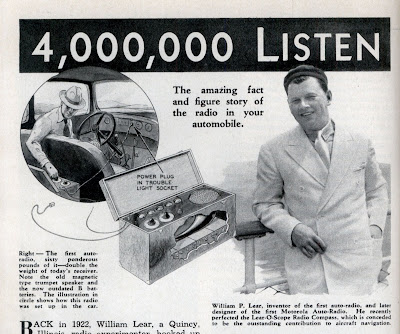 Paul Jacobs had a great post today about why the auto industry is making a big mistake shifting their ad dollars out of radio and into the Internet.

"What's the best place to reach someone who needs a new car?" In their office? In their bedroom? On their phone?

"You can't read the newspaper when you drive. And you shouldn't watch TV. Or text. And for now, you don't have WiFi so that eliminates the Internet in your car. But radio owns the automobile, yet it's clear that the automakers haven't made this connection".

As much as things changes, traditional terrestrial radio still controls the car, just as it did in the early 1930's when it was introduced!

Posted by Michael Mallace at 7:31 PM